With over a half million views in the first week of the release, and being #2 for weeks on the sheet music charts worldwide only behind Adele’s Hello, Jarrod Radnich has released his highly anticipated first movement to his piano solo fantasy suite of iconic melodies from the epic STAR WARS original trilogy. With subsequent moments to follow, check-out this spectacular performance in the middle of the arid desert! Created with permission from Walt Disney Music Publishing. 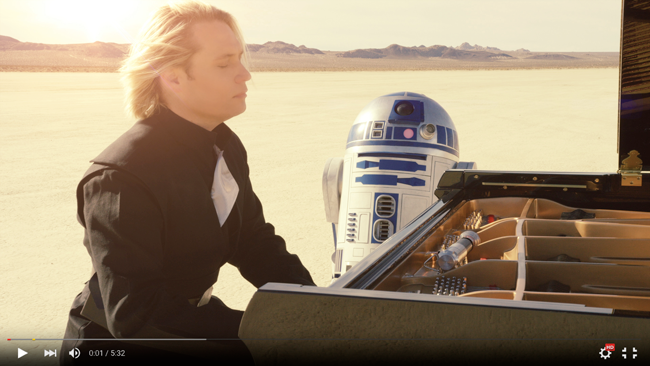